Cost of Hearing Loss to Australia 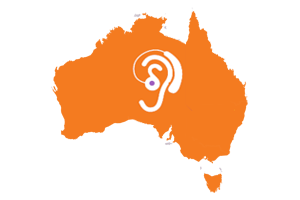 About one in six Australians are affected by hearing loss, which in 2005 was estimated to be around 3.55 million people. Australia’s aging population coupled with increased exposure to loud noise, is expected to increase the incidence of hearing loss to about one in four Australians by 2050.

In general, the amount of people with a permanent hearing loss increases significantly with age with males experiencing higher relative levels of hearing loss. About 37% of hearing loss in Australia is caused by preventable cumulative exposure to loud noises that results in Noise-induced Hearing Loss.

For a more comprehensive overview on how hearing loss impacts Australians, download the 2005 Listen Hear Report.

In 2005, the real financial cost of hearing loss to Australia was estimated to be $11.75 billion or 1.4% of the annual Gross Domestic Product (GDP) every year.

The largest part of this cost (around 57%) come from lost productivity in the workplace, which in 2005 accounted for about $6.7 billion. Most of this productivity loss comes from the costs associated with the higher unemployment rates of people with hearing loss over the age of 45 years.

Over the last decade, research results such as the National Acoustic Laboratories’ Binge Listening Report has made it more apparent that young peoples’ exposure to damaging noise is on the increase through their lifestyle choices, particularly from listening to loud music. As a result, Australians are now acquiring hearing loss much earlier than previous generations.